The Arab International Hotels Company PLC (AIHO) was established in 1975 with an initial capital of JD3 million. Since its inception, the company has raised its capital to JD 32,728,881 through stock dividends as well as capital increases. During this same period, the shareholders’ equity increased to JD 50,24 million as of the end of 2021.

Today, AIHO is one of the leading tourism sector operators in Jordan. The company owns and operates a number of prominent luxury hotels and resorts, in addition to being a stakeholder in several others.

In 1976, AIHO signed a contract with Marriott International for the management of a new hotel in Jordan, and as a result, the Amman Marriott Hotel received its first guest in January 1982. The hotel was one of first 5-star hotels in the country and has maintained its position at the forefront of the capital’s hospitality industry throughout the years.  The Amman Marriott was also the third fully-managed Marriott Hotel to open and operate outside the United States.

Following the success of the Amman Marriott, in 1995 AIHO led a group of investors to establish the Business Tourism Company (BTC) with the objective of developing a number of other 5-star hotels outside the city of Amman. As a result of this initiative, two other hotels have been added to Jordan’s Marriott portfolio, one in Petra and one at the Dead Sea. As part of the group’s long term strategy, several other projects, to be developed across Jordan and managed by Marriott Brands, are in the pipeline.

AIHO also holds a 26.91% stake in Al Dawliyah for Hotels and Malls (MALL), which is the owning company of the Sheraton Hotel in Amman.

In addition to playing a significant role in the tourism sector, AIHO is an equity shareholder and a director of Ammon Applied University College (AAUC), offering diploma and baccalaureate degrees in hotel and hospitality management.

AIHO is a dynamic player in Jordan’s tourism sector and hospitality industry, contributing vast resources both specifically to this industry and to the country’s overall economy. This contribution comes in many ways, from training and employing youth with the hope of a fruitful career path, to the facilitation of the inflow of foreign exchange, which helps to offset the balance of payments for the country.

The company plays a particularly significant role in supporting the national economy from the perspective of job creation and training of human resources within the hospitality industry. AIHO has a significant investment in Ammon Applied University College (AAUC), which offers degrees in hospitality and tourism.

In addition to its significant investments in Jordan, AIHO is also concerned with the well being of the country from both a humanitarian and an environmental perspective. Thus through its hotels, resorts and affiliates, AIHO implements regular programs on both its managerial and operational levels to create humanitarian and environmental awareness within Jordan by supporting a number of related initiatives. 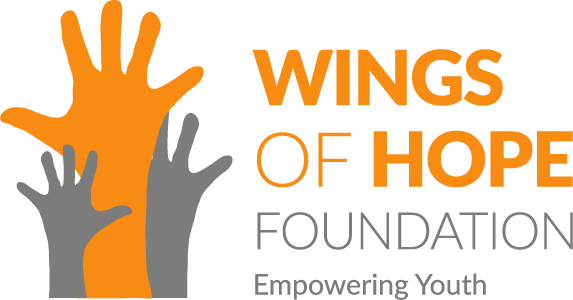 AIHO sits on the board of Wings of Hope Society (WOHS), a non-profit organization that aims is to improve and elevate the standard of living in Jordan’s many communities by providing Hope to youth through different initiatives, spanning the areas of: Athletics, Education, Health, Environment, The Arts, and Road Safety.

AIHO commits a fixed percentage of its profits every year to the fund of WOHS.

We’re not around right now. But you can send us
an email and we’ll get back to you, asap.